We won the 3rd section at the London and Southern Counties area contest 18th March 2017 at Stevenage Arts Centre. 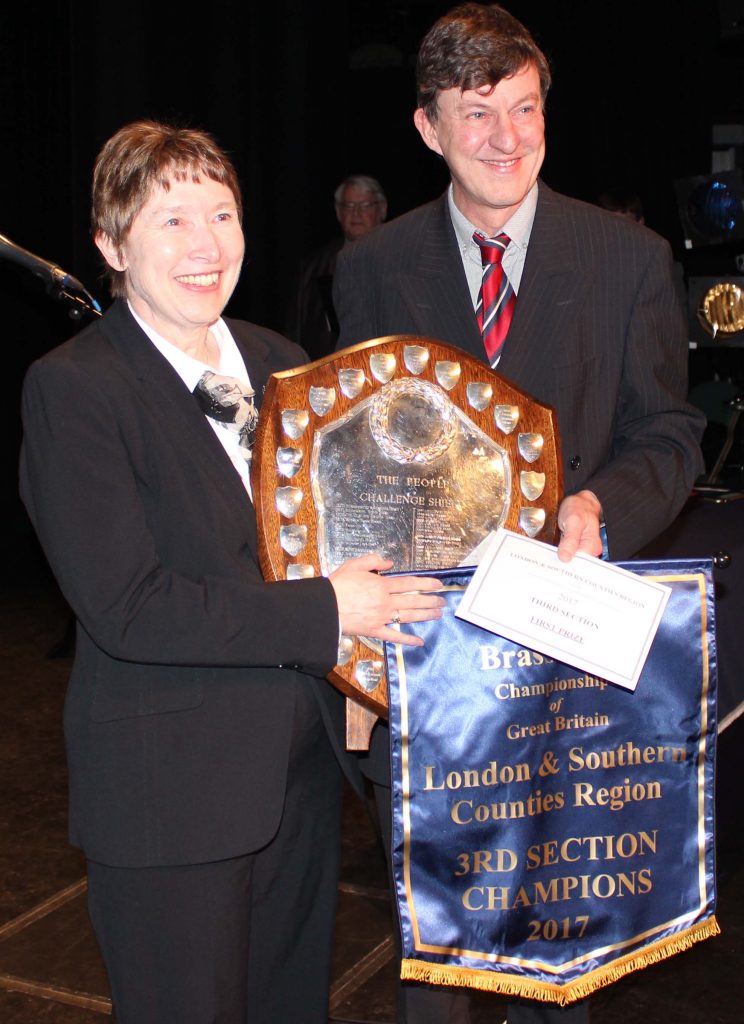 Our MD was awarded the Conductors Prize 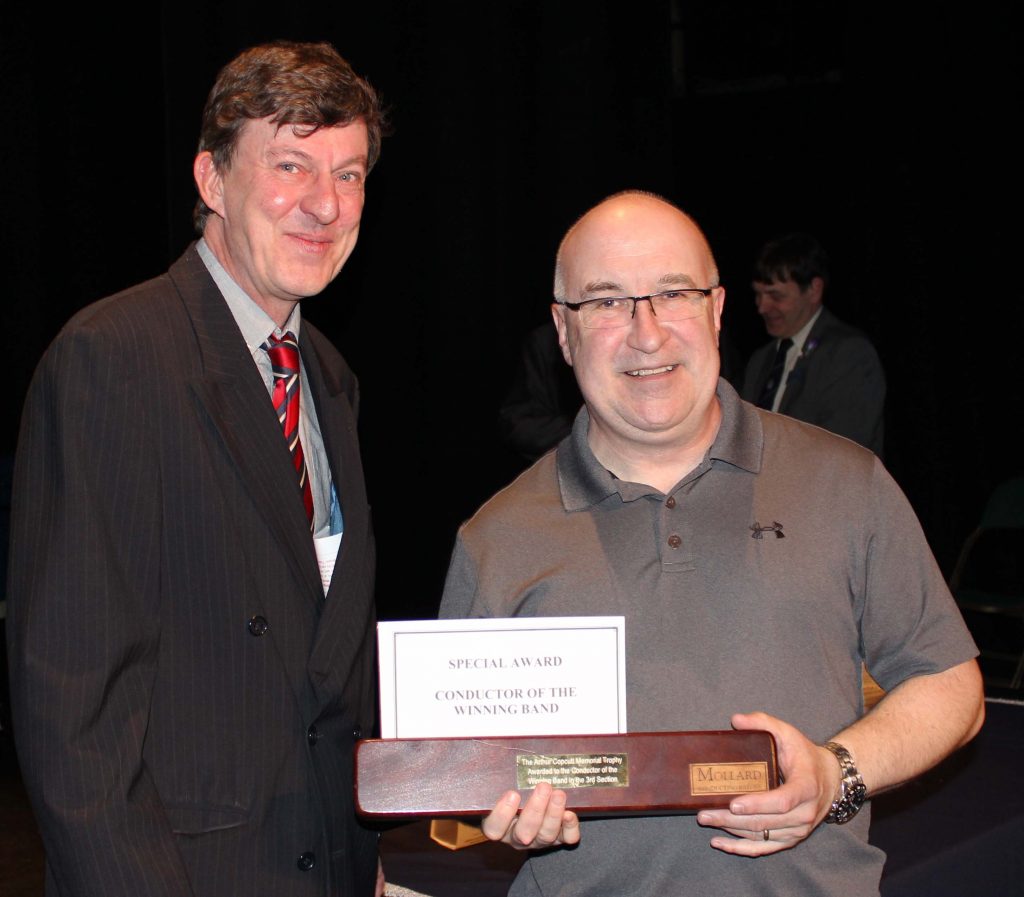 We won the 4th section at the London and Southern Counties area contest 20th March 2016.

September 19th 2015 was the day of the National Finals.

We had qualified by being placed 2nd in our area contest which was held at Stevenage in May.

We spent a long time and much energy working on the finals piece ‘Visions’, a very difficult piece for a 4th section band, but we all grew to like it.

We drew 19th out of 19 bands, which meant that we made it on stage at around 9pm, it had been a very long day!

The judges made their decision and we were placed 11th, a good result for a band which had not played in the national contest for over a decade.

We are looking forward to competing next year.

Castleton Brass is looking to score a hat trick by winning a third trophy this year, when we compete in the 4th Section of the Finals of The National Brass Band Championships of Great Britain at Cheltenham on Saturday 19th September. The band, a registered charity, is based in Eye. Our members include several young people who have not had the opportunity to participate in the National Finals before.

In March the band participated at the regional contest at Stevenage competing against bands from Bedfordshire, Berkshire, Buckinghamshire, Cambridge, Essex, Hertfordshire, Kent, London, Norfolk, Suffolk, Surrey and Sussex. The band’s second place resulted in an invitation to the National Finals and trophy number one.

In May the band competed at the East Anglian Brass Band Association’s contest in Norwich and won their section and trophy number two.

Will there be trophy number three? Maybe.

Band Chairman, Christine Wade said, “We are absolutely delighted to be participating in the Finals. We have been working since March to raise funds to enable us to compete.”

The band is very grateful to Guy McGregor who has given a grant from his locality budget towards the cost of the coach and also to Eye Town Council for a grant but we still need to raise funds. The band has launched a ‘Sponsor a Player’ initiative (there are twenty five brass musicians, three percussionists and a musical director). Businesses and individuals are invited to sponsor a musician for £50.00. Anyone interested should email info@castletonbrass.org.uk to discuss which instrument and position they would like to sponsor.

All donations and sponsorship will be acknowledged on our website.

The band will be competing against eighteen other bands in the 4th section National Finals.

We played to a very enthusiastic  audience in Diss as part of a series of concerts being held at St Mary’s church.

Our concert opened with the TV theme tune from ‘The Simpsons’, and was followed by a traditional march ‘Cornish Cavalier’.

We then played ‘Pride of the Forest’, a piece which our conductor first played when he was starting out in bands at the age of 9.

Our first soloist was Alicia playing the Soprano solo ‘Demelza’

Next was ‘Mr Jums’, and then a solo from our Principal Cornet Ellis Holt, ‘Share My Yoke’

The 2nd half started with the march  ‘Praise’,  followed by ‘A West Country Fantasy’.

Jack then played ‘The Lazy Trumpeter’,  and the cornets featured in  ‘Buglers Holiday’.

Not to be outdone the trombones then featured in ‘I will follow Him’.

We then played ‘Amazing Grace’, Tracey played the Eb Bass solo ‘Bare Necessities’ and we finished with ‘Things’.

As you can see we play a wide and varied repertoire. The latest edition of the Suffolk Magazine includes a feature on the band.